Our Book Recommendations #5
The Soul.

Changing Beliefs About Ourselves and What We Imagine Is Possible.

Together , these books are selling over 13,475 copies per month. The theme of these books is based on the fundamental concept that we can change the way we think about ourselves by exploring powerful alternative perspectives. We’ve chosen to present these books in order of sales performance. 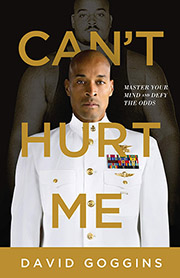 Until we have time to provide our own review on each book, below is the information from each book’s inside or back cover, along with sales ratings from Amazon.com (and corresponding links to the books on Amazon – with no current sales affiliations).

It goes without saying that our book recommendations are a small sampling from many sources of bodymind or mind-body concepts. Here are the top five books by sales, as recommended by a selection of self-healing books from TheBodyIsMind library. All sales rankings as listed were accurate as of January 2019 when this research was done. 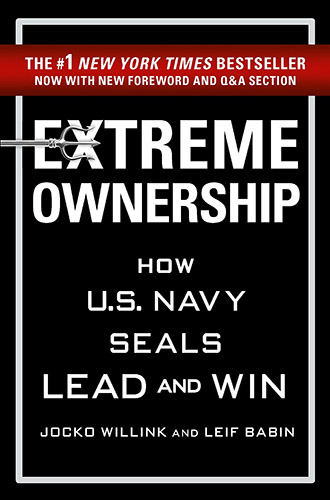 Combat, the most intense and dynamic environment imaginable, teaches the toughest leadership lessons, with absolutely everything at stake. Jocko Willink and Leif Babin learned this reality first-hand on the most violent and dangerous battlefield in Iraq. As leaders of SEAL Team Three’s Task Unit Bruiser, their mission was one many thought impossible: help U.S. forces secure Ramadi, a violent, insurgent-held city deemed “all but lost.” In gripping, firsthand accounts of heroism, tragic loss, and hard-won victories, they learned that leadership―at every level―is the most important factor in whether a team succeeds or fails.

Willink and Babin returned home from deployment and instituted SEAL leadership training to pass on their harsh lessons learned in combat to help forge the next generation of SEAL leaders. After leaving the SEAL Teams, they launched a company, Echelon Front, to teach those same leadership principles to leaders in businesses, companies, and organizations across the civilian sector. Since that time, they have trained countless leaders and worked with hundreds of companies in virtually every industry across the U.S. and internationally, teaching them how to develop their own high-performance teams and most effectively lead those teams to dominate their battlefields.

Since it’s release in October 2015, Extreme Ownership has revolutionized leadership development and set a new standard for literature on the subject. Required reading for many of the most successful organizations, it has become an integral part of the official leadership training programs for scores of business teams, military units, and first responders. Detailing the mindset and principles that enable SEAL units to accomplish the most difficult combat missions, Extreme Ownership demonstrates how to apply them to any team or organization, in any leadership environment. A compelling narrative with powerful instruction and direct application, Extreme Ownership challenges leaders everywhere to fulfill their ultimate purpose: lead and win.

From Good To Great To Unstoppable 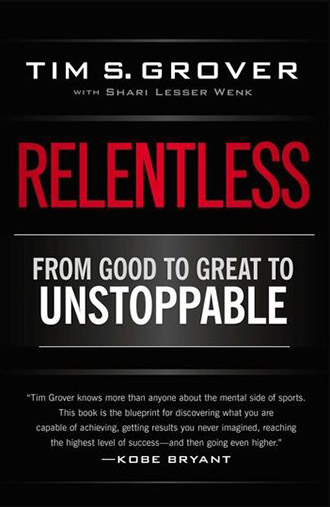 Direct, blunt, and brutally honest, Grover breaks down what it takes to be unstoppable: you keep going when everyone else is giving up, you thrive under pressure, you never let your emotions make you weak. In “The Relentless 13,” he details the essential traits shared by the most intense competitors and achievers in sports, business, and all walks of life. Relentless shows you how to trust your instincts and get in the Zone; how to control and adapt to any situation; how to find your opponent’s weakness and attack. Grover gives you the same advice he gives his world-class clients—“don’t think”—and shows you that anything is possible. Packed with previously untold stories and unparalleled insight into the psyches of the most successful and accomplished athletes of our time, Relentless shows you how even the best get better . . . and how you can too. 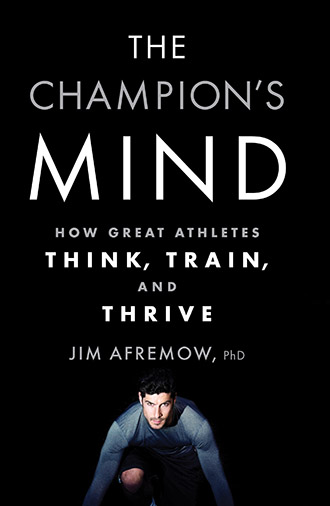 Even among the most elite performers, certain athletes stand out as a cut above the rest, able to outperform in clutch, game-deciding moments. These athletes prove that raw athletic ability doesn’t necessarily translate to a superior on-field experience—its the mental game that matters most.

Sports participation—from the recreational to the collegiate Division I level—is at an all-time high. While the caliber of their games may differ, athletes at every level have one thing in common: the desire to excel. In The Champion’s Mind, sports psychologist Jim Afremow, PhD, offers the same advice he uses with Olympians, Heisman Trophy winners, and professional athletes, including:

• How to get in a “zone,” thrive on a team, and stay humble
• How to progress within a sport and sustain long-term excellence
• Customizable pre-performance routines to hit full power when the gun goes off or the puck is dropped

With hundreds of useful tips, breakthrough science, and cutting-edge workouts from the world’s top trainers, The Champion’s Mind will help you shape your body to ensure a longer, healthier, happier lifetime.

The Five Inner Beliefs That Make You Unstoppable 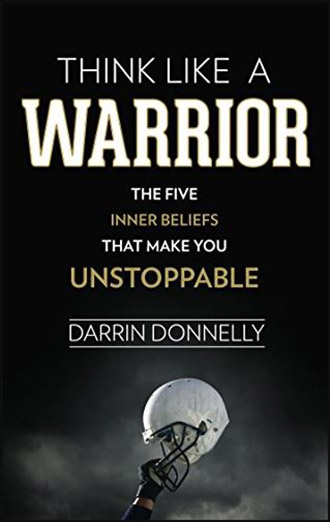 If you want to take control of your life and achieve your biggest dreams, you must develop a “warrior mindset.” This book will show you how to stop thinking like a victim and start thinking like a warrior.

In this inspirational fable, Chris McNeely is a college football coach who is at the end of his rope after a hard-and-fast fall from the top of his profession. Now bankrupt and on the verge of losing his job, he has no idea what he’s doing wrong or how to get back on track.

Together, these five legendary leaders teach Chris how to “think like a warrior” and take control of his life. The “warrior mindset” he develops changes his life forever—and it will change yours as well.

Discover the life-changing lessons of John Wooden, Buck O’Neil, Herb Brooks, Bear Bryant, and Vince Lombardi in this inspirational tale of what it takes to achieve your dreams—whatever those dreams may be.

The five inner beliefs revealed in this book will empower you to take control of your life and overcome any obstacle that stands in your way. 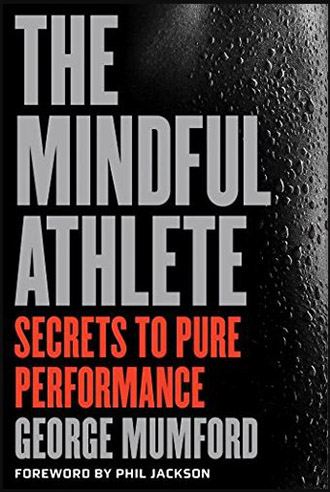 Michael Jordan credits George Mumford with transforming his on-court leadership of the Bulls, helping Jordan lead the team to six NBA championships. Mumford also helped Kobe Bryant, Andrew Bynum, and Lamar Odom and countless other NBA players turn around their games. A widely respected public speaker and coach, Mumford is sharing his own story and the strategies that have made these athletes into stars in The Mindful Athlete: The Secret to Pure Performance. His proven, gentle but groundbreaking mindfulness techniques can transform the performance of anyone with a goal, be they an Olympian, weekend warrior, executive, hacker, or artist.

Mumford’s deeply moving personal story is unforgettable. A basketball player at the University of Massachusetts (where he roomed with Dr. J, Julius Erving), injuries forced Mumford out of the game he loved. The meds that relieved the pain of his injuries also numbed him to the emptiness he felt without the game and eventually led him to heroin. After years as a functioning addict, Mumford enrolled in Dr. Jon Kabat-Zinn’s Mindfulness Based Stress Reduction program, and made meditation, on and off the cushion, the center of his life. He kicked drugs, earned a master’s degree in counseling psychology and began teaching meditation to inmates and others.

When Michael Jordan left the Chicago Bulls to play baseball in 1993, the team was in crisis. Coach Phil Jackson, a long-time mindfulness practitioner, contacted Dr. Kabat-Zinn to find someone who could teach mindfulness techniques to the struggling team—someone who would have credibility and could speak the language of his players. Kabat-Zinn led Jackson to Mumford and their partnership began. Mumford has worked with Jackson and each of the eleven teams he coached to become NBA champions. His roster of champion clients has since blossomed way beyond basketball to include corporate executives, Olympians, and athletes in many different sports.

With a charismatic teaching style that combines techniques of engaged mindfulness with lessons from popular culture icons such as Yoda, Indiana Jones, and Bruce Lee, Mumford tells illuminating stories about his larger than life clients. His writing is down-to-earth and easy to understand and apply. The Mindful Athlete is an engrossing story and an invaluable resource for anyone looking to elevate their game, no matter what the pursuit, and includes a foreword by Phil Jackson.

“Self-consciousness is when you’re focused on how you’re doing instead of what you’re doing. We have to learn how to push and challenge ourselves, but not in an insensitive way. Honing your performance really comes down to being comfortable with being uncomfortable.”—George Mumford

Master Your Mind and Defy the Odds 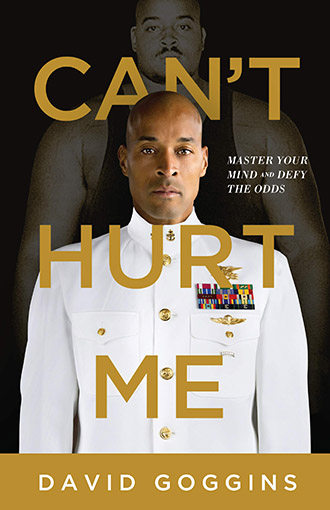 This book hit #2 on Amazon immediately after publication, selling over 62,000 copies in its first month (on Amazon alone). The audio book is available on Kindle, with an interesting and refreshing interaction between the author and the narrator which adds value the book readers won’t get.

For David Goggins, childhood was a nightmare – poverty, prejudice, and physical abuse colored his days and haunted his nights. But through self-discipline, mental toughness, and hard work, Goggins transformed himself from a depressed, overweight young man with no future into a U.S. Armed Forces icon and one of the world’s top endurance athletes. The only man in history to complete elite training as a Navy SEAL, Army Ranger, and Air Force Tactical Air Controller, he went on to set records in numerous endurance events, inspiring Outside magazine to name him The Fittest (Real) Man in America.

In Can’t Hurt Me, he shares his astonishing life story and reveals that most of us tap into only 40% of our capabilities. Goggins calls this The 40% Rule, and his story illuminates a path that anyone can follow to push past pain, demolish fear, and reach their full potential.
DIY Home Float Therapy – A Little Bit of Magic, A Little Bit of Scien... Gambling In Queensland | Free slot machine to download
Scroll to top